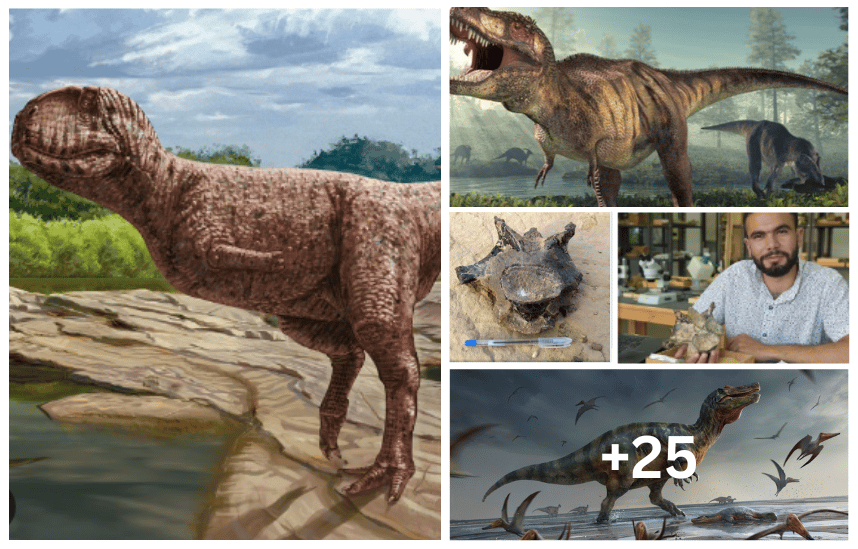 The dinosaur world has a new entrant in the form of a bulldog-faced creature. It roamed in the Sahara desert about 980 million years ago. This strange looking dinosaur had tiny hands and was about the size of a school bus. Scientists have claimed that it has been found in Egypt.

According to media reports, a vertebral bone of a yet-to-be-named dinosaur species was unearthed in the Bahariya Oasis in the Western Desert of Egypt.

In the African country of Egypt, scientists have found the remains of a strange Bulldog like dinosaur with a dog’s mouth. It was shaped like a school bus but had much smaller arms. About 98 million years ago, this dinosaur used to rule the Sahara desert. The bones of this Bulldog like dinosaur have been found by scientists in the Bahariya Oasis area in the Western Desert of Egypt. Scientists have not yet given the name of this species.

The researchers said that this ancient creature was bipedal. This means that he used to walk on both his feet. He had small teeth and stocky hands. This dinosaur ate meat when they were lived on earth, they were 20 feet long. These bread of  dinosaurs were found in the Sahara desert. This species  were belonged to the lizard-like dinosaur family. Abelisaurid dinosaurs were found in the Cretaceous period (14.5 million years to 6.6 million years).

Bahariya Oasis one of the most dangerous places on earth:

This was the last time of dinosaurs on earth. Abelisaurid dinosaur fossils have previously been found in many areas of present-day Europe and the Southern Hemisphere, but the way they have been found in Baharia is the first time. This new study has been carried out by Mansoura University Egypt under the leadership of Belal Salem. Salem is currently a bachelor student at Ohio University, USA. Also teaches at Benha University.

Salem said that in the middle of the Cretaceous period, the Bahariya Oasis was one of the most dangerous places on Earth. He said that how these giant creatures used to live with each other at that time is a mystery in itself. even though they probably  ate different things from each other. Also used to hunt different creatures. This is the oldest fossil of this species of dinosaur in Northeast Africa.