The Strange Case of James Arthur Flowerdew of Reincarnation :

Arthur Flowerdew – an Englishman born on December 1, 1906 – claimed to have a detailed memory of his past life, having been born in a famous ancient city.He was a man who believed that he had lived before.

According to Flowerdew some 2,000 years later, he was reborn as himself again, with all the details once again locked inside his head.

In an era when few had heard of such views, or questioned them so directly and so publicly, the announcement must have come as quite a shock to those around him.

Unfortunately for us, however, very little is known about James Arthur Flowerdew today – and what we do know comes from just a few online articles. 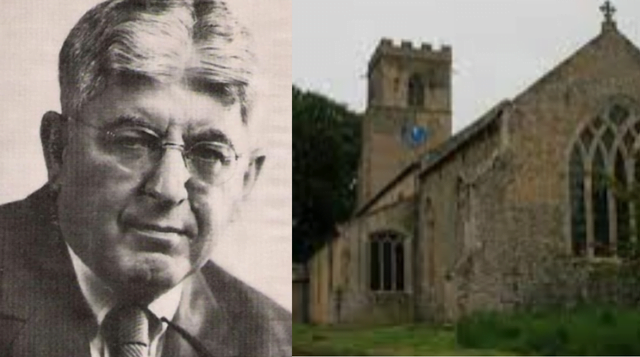 Read Also  REDISCOVERY OF “NOAH” A 6,500 years old Skeleton who Survived in a Flood

In England there lived an old man named Arthur Flowerdew. He lived his entire life in the seaside town of Norfolk, and only left England once, to visit the French coast. All his life, however, Arthur Flowerdew was plagued by vivid mental images of a great city surrounded by desert and a temple carved out of a rock.
They were impossible to understand to him, As on one day he saw a television documentary on the ancient city of Petra in Jordan. To his surprise, Petra was the city he had pictured in his mind!

Flowerdew talked to people about his vision and as a result, the BBC News came to hear about Arthur Flowerdew and put his story on the National Television. The Jordanian government heard about him, and offered to bring him to Petra to see how he would react to the city. They were interviewed by archaeologists before they set out on their journey, and recorded their mental impressions of the ancient city.

When Flowerdew was brought to Petra, he was able to recognize the locations of both unexcavated and excavated structures that were part of the ancient city. Suffice to say, he described the city with surprising accuracy. He had memories of being a temple guard, and identified the structure as his guard station and where he was murdered.

He found a very plausible use for a tool whose interpretation had baffled archaeologists, and even correctly identified the locations of several sites that had yet to be excavated. Many experts said that Flowerdew had more knowledge than many professionals studying the city.

More Read: REDISCOVERY OF “NOAH” A 6,500 years old Skeleton who Survived in a Flood