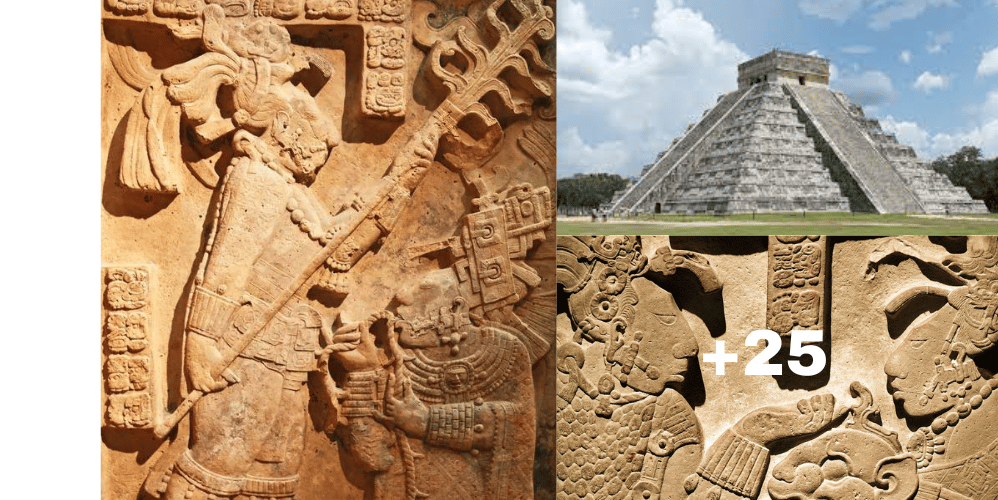 Maya : During the 15th to 17th centuries, there were many conflicts between the Europeans and the natives of South America. During this period the desire for wealth inspired the Europeans to embark on many daring maritime expeditions. The names of Spain and Portugal are notable in this.

The sailors from these countries obtained from the Pope the right to govern the territories they would discover in the future. Vasco da Gama and Columbus made special efforts in these travelers. At this time there was a fierce struggle between the different cultures of North America and South America. Among these, the Aztec, Maya and Inca communities of Peru are famous in Mexico and Central America.

Read more : ATLANTIS : A GIANT CITY WAS DISCOVERED AT THE BOTTOM OF THE SEA

The sources of their history were destroyed by the invasion of Europeans. To know these, now we have travelogues, diaries of sailors, records of government officials became the main sources. By the 16th century, these small cultural empires had started disintegrating. In Mexico itself, the people of Maya culture made substantial progress.

The empire of the Incas in South America had spread from Peru to Chile. The people of the Aravaki lukayo community lived in small island groups located in the Caribbean Sea. The refuge of the Tumpinaba community was a forest of trees called Brazil on the eastern seaboard. The Aztecs lived in the Central Valley of Mexico. Europeans also looked towards West Africa in search of gold and spices.

Portugal was at the forefront of this. The policy of expansion of empire of Spain or other European countries gave birth to mutual conflict. European countries used to repress. Herman Cortes and Francisco Pizarro’s names are famous in the destruction of American civilizations. In order to reach India, the sailors reached Brazil. Here also the Portuguese earned a lot of money from timber.

These campaigns of Europeans proved disastrous for the natives of North and South America. Due to heavy killing, the population of these people decreased. The defeated peoples were enslaved on a large scale. In the early years of the nineteenth century, European settlers in the colonies of South America revolted against the rule of Spain and Portugal. In this way they became independent countries.

Read more about other sources : Indian Scientists: From Ancient to Modern Era