400,000-years-old bones contain evidence of an Alien DNA, leading scientists to question what they know about human evolution: 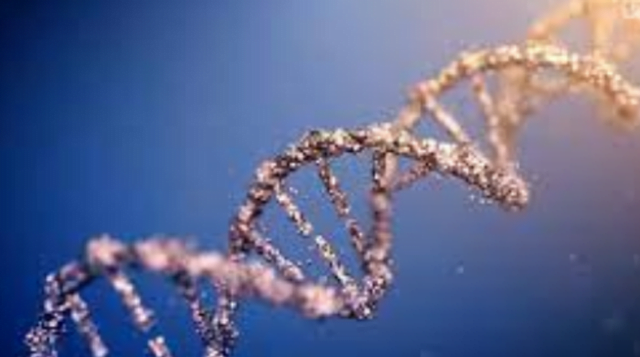 Read Also In Argentina : A Huge 70 million years old fossil of a fish

In November 2013, scientists recovered one of the world’s oldest human DNA samples from a 400,000-year-old thigh bone with evidence of an Alien DNA. The DNA of these human ancestors, which are hundreds of thousands of years old, shows a complex pattern of evolution in the origins of Neanderthals and modern humans. The bone is of a human, but it has ‘Alien DNA’. This remarkable discovery has called into question everything scientists know about human evolution.

The 400,000-year-old genetic material comes from bones that have been linked to Neanderthals in Spain – but its signature is similar to that of a different ancient human population from Siberia, known as the Denisovans.

More than 28 human fossils, representing approximately 6,000 individuals, were recovered from the Sima de los Huesos site, a difficult-to-access cave chamber located approximately 100 feet (30 m) below the surface in northern Spain. The fossils seemed to be unusually well preserved, thanks in part to the undisturbed cave’s sustained cool temperatures and high humidity.

READ MORE : In Argentina : A Huge 70 million years old fossil of a fish

Analysis by the Researchers about Alien DNA :

The researchers who conducted the analysis of Alien DNA said their findings show an “unexpected link” between two of our extinct cousin species. The discovery may crack the mystery – not only of those early humans who lived in the cave complex known as Sima de los Huesos (Spanish for “Pit of Bones”), but also of other mysterious populations Pleistocene era.

Previous analysis of bones from the cave had led researchers to believe that the Sima de los Huesos people were closely related to Neanderthals based on their skeletal features. But the mitochondrial DNA was similar to that of the Denisovans, an early human population that diverged from Neanderthals around 640,000 years ago.

The scientists further found that 1 percent of the Denisovan genome came from another mysterious relative called “super-archaic humans” by scholars. It is estimated, in turn, that some modern humans may hold about 15 percent of these “super-archaic” gene regions. Therefore, this study suggests that the Sima de los Huesos people were closely related to Neanderthals, Denisovans and an unknown population of early humans. So, who could this unknown human ancestor be?

A possible contender may be Homo erectus, an extinct human ancestor that lived in Africa about 1 million years ago. The problem is, we never found any Homo erectus DNA, so that’s the most we can guess at the moment.

On the other hand, some theorists have put forth some really intriguing ideas. They claim that the so-called 97 percent of non-coding sequences in human DNA are nothing less than the genetic blueprint of extraterrestrial life forms.

According to them, in the distant past, human DNA was purposefully engineered by some sort of advanced extraterrestrial race; And the unknown “super-archaic” ancestors of the Sima de los Huesos people may be evidence of this artificial evolution.

Read more from other resources : Alien DNA Makes Proteins in Living Cells for The First Time