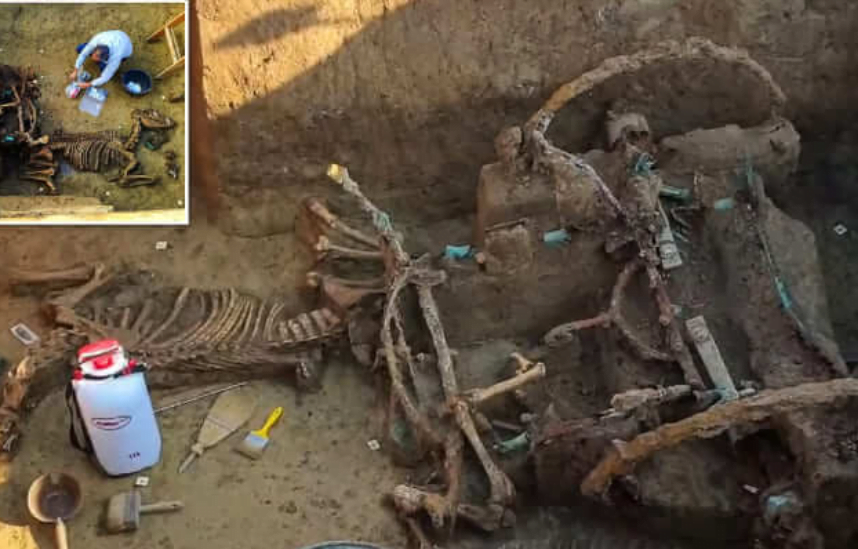 Archaeologists Discovered Remnant of a Roman Chariot with Horses: 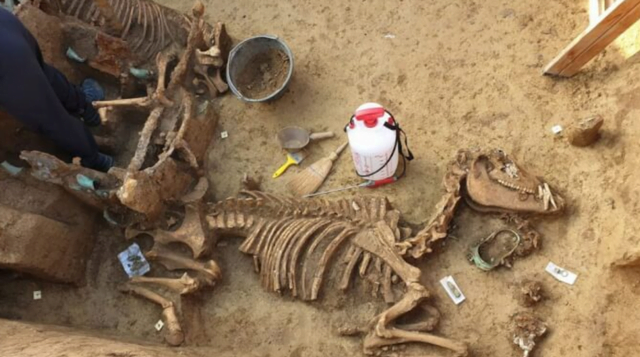 Archaeologists in Croatia unearth incredibly well-  saved fossilised remains of a Roman chariot  interred with two  horses  1,700 years ago’ as  portion of’ ritual for  fat blood’

17 October 2019- Archaeologists in Croatia have  exhumed the fossilised remains of a Roman chariot  interred along with two  Horses as  portion of a  entombment ritual.

A  voluminous  entombment chamber for an’ extremely  fat blood’ was  set up in which the equipage with what appears to be two  Horses had been lain.

Archaeologists from the City Museum Vinkovci and Institute of Archaeology from Zagreb discovered the Roman equipage on two  bus( known in Latin as a cisium) with  Horses at the Jankovacka Dubrava  point close to the  vill of Stari Jankovci, near the  megacity of Vinkovci, in eastern Croatia.

The detection is  trusted to be an  illustration of how those with extreme  substance were  occasionally  interred along with their  horses.

Curator Boris Kratofil explained to original media that the  ritual of  entombment under tumuli( an  senior  entombment  drift) was an  unusual  entombment ritual during the Roman period in the south of the Pannonian Basin.

He  spoke’ The  ritual is associated with extremely  fat families who have played a  showy  part in the  executive,  gregarious and  profitable life of the  fiefdom of Pannonia.’

The detection is estimated to be from the third century  announcement but the  platoon of scientists are  working out to confirm its  time.

The  manager of the Institute of Archaeology Marko Dizdar  spoke that it was a sensational detection which is  special in Croatia.

In a many times we will  see a little  further about the blood whose  ingredients were  interred in this area 1800 years agone.

We’re more interested in the  nags themselves, that is, whether they were bred then or came from other  corridor of the conglomerate, which will tell us  further about the  significance and  substance of this blood.

We’ll achieve this through cooperation with domestic as well as  multitudinous European institutions. 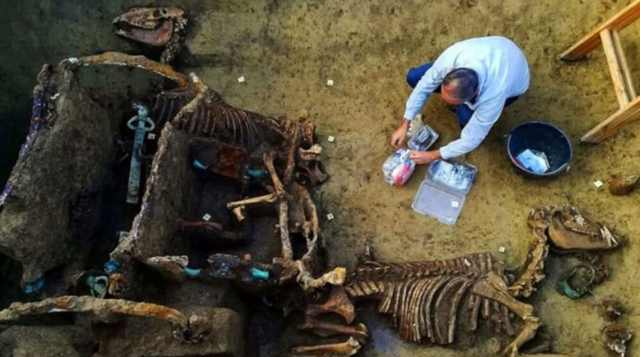