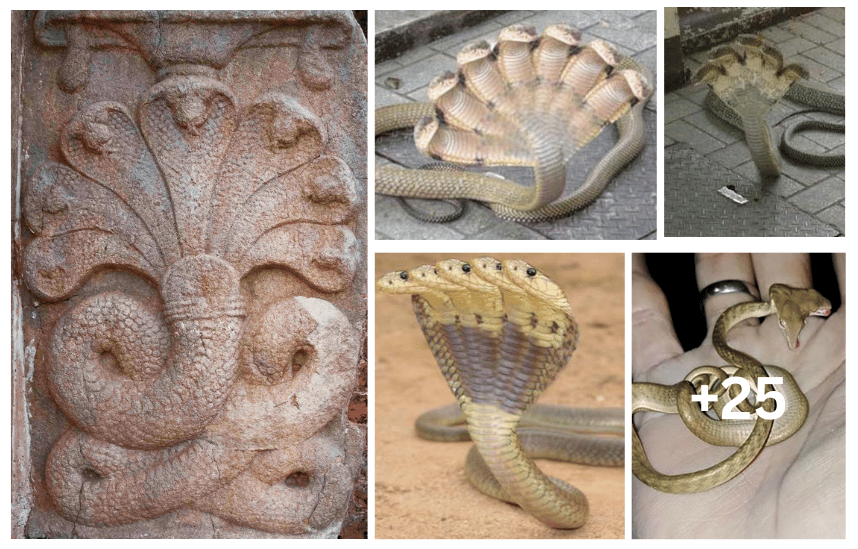 “7 Headed snake” seen on the roadside, know the truth of the viral pictures’ :

The 7 Headed snake :  Many times you must have seen the picture of a snake with seven faces on the social site like news channels and social media . People shared these picture a lot from their Twitter to Facebook. Everyone was surprised to see that a 7 headed snake was giving darshan to the people. Know what is the truth of these viral picture.

According to mythology, whenever Lord Vishnu incarnate’s on earth, Sheshnag appears . This snake is also known as “SHESHNAAG” in the hindu mythology .But the whole world was surprised after people saw Sheshnag on the roadside. Some people took the picture of this snake and shared it on the social site.

After going viral on the social site, these picture started being worshiped across the country.
But wait a moment… Now see the real picture of this snake, which has been distorted and presented.

Actually, at the place where this picture was taken, there was a snake with only one head and not 7 headed snake.Some mischievous person photoshopped it and shared it on the social site.
But even today people believe this picture to be true. While no one in the world has yet seen a snake with seven heads.