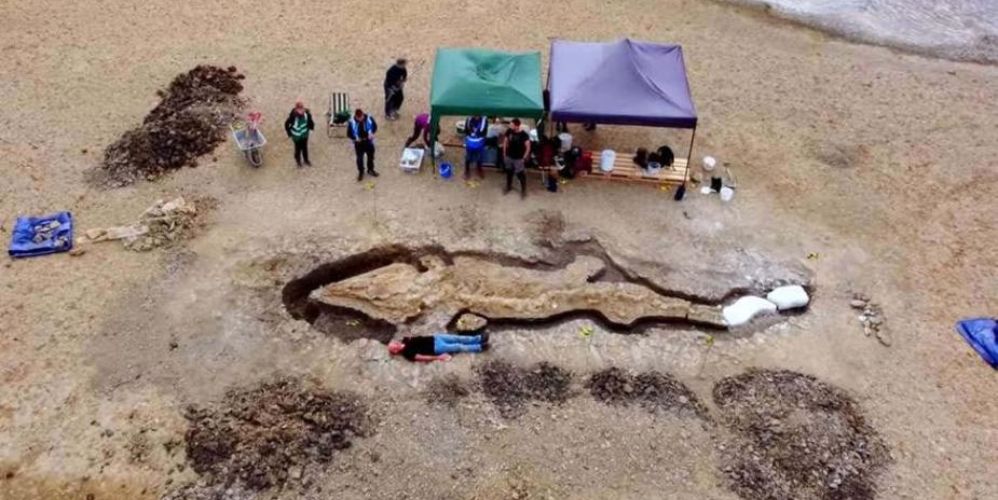 A 33-foot-long Sea Dragon ichthyosaur fossil, the largest of a water-roaming predator in Britain during the dinosaur age, has been discovered in an English nature reserve.

This Sea dragon is the largest and complete fossil of kind discovered in the UK. It is likely to be the country’s first ichthyosaur of specific species name (Temnodontosaurus trigonodon). The block alone, carrying the 6 feet (2 m) cranium and surrounding soil, weighed a ton when raised for preservation and testing.

Joe Davies said that me and my colleague were walking along and I looked down and saw this series of ridges in the mud.

There was something unique and ​​it had a organic features where it connects to the rib. That’s when we thought we should call someone and find out what’s going on.”
It turned out to be well preserved and than we all could have imagined.

There’s so much to learn from this sea dragon discovery and it’s great to think that this living fossil swam out to sea above us. Now, once again, the Rutland Water Wetland There is a refuge for wildlife, although it is on a smaller scale.”

Dr.Dean Lomax at the University of Manchester said :

A paleontologist Dr.Dean Lomax at the University of Manchester, led the excavation team and researched hundreds of ichthyosaurs. He said that It was an honor to lead the dig. Ichthyosaurs originated in the Britain, and their fossils have been discovered here for more over than 200 years.”

“This is truly an unprecedented find and one of the biggest discoveries in British palaeontological history,” Dr David Norman, curator of dinosaurs at the Natural History Museum in London, said in a written statement.

The fossil is now being examined and conserved in Shropshire, but it is likely to be restored to Rutland for permanent display. 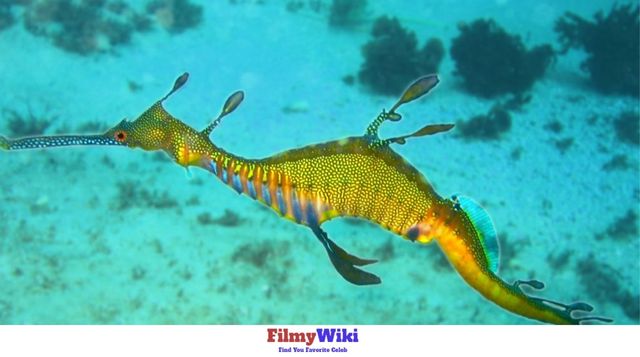